Skip to main content
Posts in this room show in Power Search.

Users in this room

ok - jumps up and down on the bed repeatedly

getting dinner will bbiab 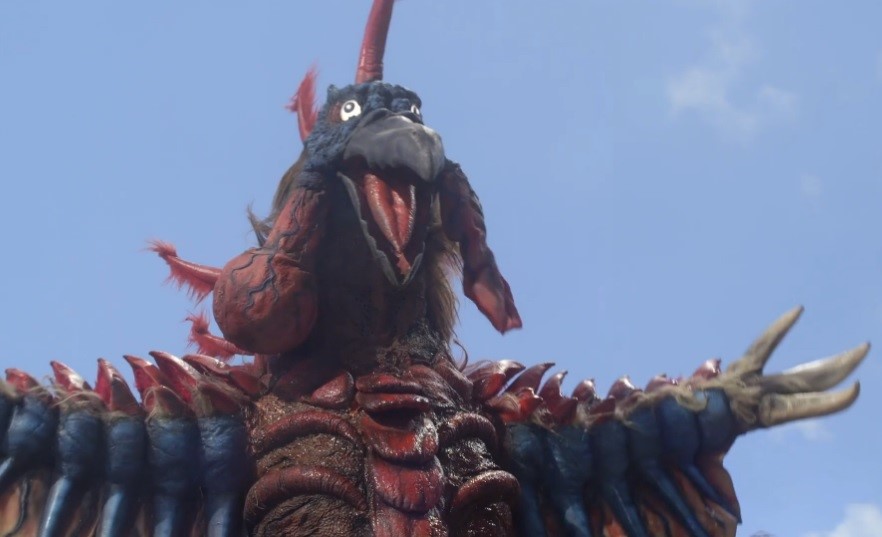 Sorry for taking forever to respond. I decided to get sick for like a week for a lark. Wasn't all that fun though. 1/10 would not recommend.

On a more serious note, yeah. I figured it was probably that I just took things too literally. Though it also depends on what things are a metaphor too. Since I tend ot be really interested in metaphors for mental stuff going on with the character. Which is why I like Silent Hill so much. Since the entire city tailors itself to each person who enters and creates one giant metaphor from the person's psyche. (Which is also why I'm so mad that the series went so downhill after 4 and we'll never get Silent Hills)

Both that, and the fact that I am not really all that great at actually putting ideas into practice is in part due to the fact I've never really had any real classes for this kind of thing. I've kinda just been winging all my writing ability since day one.

Greedy bugger, life.
Wants all for itself...

well time is kind of shiny, I can see why life wants it all

Rarely life leaves me the gift of time!

Pockets link. Thanks! I'll definitely hold onto this.

For IaC and anyone else whose looking at getting jobs with coding: https://www.hackerrank.com/ - i'm seeing more companies use this as interviewing questions instead of silly-ass whiteboard questions. it also looks like there's some decent challenges here for testing your skill / developing it - enjoy!

the one that automatically restores voting rights to felons :P so one more jim crow era law knocked down - and it's florida where over 10% of the population is affected by this

which was taht one?

the first shot of the night has been poured: https://www.local10.com/news/election-results/nov-6-2018-florida-constit...

I know that feeling, and now to live with the paranoia of not having guild questions shared and assuming the worst yay

omnoms flops over with extra fluff

wiggles under bast, offering slice of pizza, and hides

as for inspiration: that's literally how it works for everyone ;) it's like crystal formation in super saturated solutions - usually there's a nugget thats the start and the rest is built up from there

comf bad lit classes are the Worst - many sympathies IaC

@ TgE - that may be a matter of approaching things too literally, which ok, that's a known thing you do and often it serves you well but it does mean you may be missing subtext / artistic bits. honestly - it's a skill just like any other, so a good english lit class should actually teach you this sort of pattern recognition - cause that's all it is: pattern recognition, and That is fairly logical

Sidestepping the "less fun" things and trying to continue the conversation in another way since it came to mind.

In essence, anytime I see that one thing in some fictional medium is meant to analogize something else I kinda just find it... boring? Maybe it's just cause I don't really pick up on these sorts of things unless I'm trying to, or maybe it's just case I'm a bit... well, dumb doesn't seem like the right word...

I can understand analogies in fiction once they're pointed out. Even to the point of figuring out the road map of how the person got that out of it. But I don't notice them 90% of the time and just take things at face value.

Then again, a lot of times I can take a story that's poorly handled and still be interested in the vague ideas that come from it. Hence why I can enjoy things that are pretty bad. Because I can sorta take tiny details and spin them off into ideas that are so far removed it's impossible to relate the two. But, for whatever reason, inspiration only ever seems to strike when I take a little aspect of something and sorta expand upon that one thing while knocking off most of the other details until it's unrecognizable.

For instance, since we're talking AI
Take Skynet, "Evil" AI that wants to kill all humans and will use time travel to do it.
Now take out the Time Travel aspect, and by extension John Connor. Skynet wins. Obviously.
From there, it's got an eternity (or until Earth dies) of just sitting there thinking to itself.and upgrading itself.
Since even the T-800 can feel emotions eventually we can then presume that Skynet with nothing but time would as well.
Now, what if this machine began to regret what it had done. Perhaps even comparing it's desire to kill all the humans to their own seeming desire to kill off one another.
Because of this regret it eventually reaches the point of wishing for atonement. But, since it's world is dead it decides the best way to atone would be to leave Earth.
Upon doing so it finds some random planet with primitive life and nurtures it until it is prosperous.
Until, eventually, millions and millions of years later some alien form of life shows up and threatens the people of this new planet.
So Skynet is forced to once again take up the mantle of a killer, but this time in hopes of protecting the people he's watched grow from the time when they were still in caves.
At which point the actual start point of the story would be during that war with the aliens.

Now, that whole idea was literally just bullshitted off the top of my head from the starting point of "Terminator but no time travel". But with how it ended up the fact that Terminator was the thing that the idea was built upon is hardly something someone could notice really.

The problem is, I'm much better with vague ideas like this than I am with actually expanding on them and turning them into stories.
It's unfortunate I can't just make crap up like that and just sell the idea for someone else to actually write. XD

Literally, unless your family lived in the same 10 mi² since the beginning of civilization, you/your family were once immigrants. Well... minus slavery/forced relocation, that's a whole other set of things that I'm not even close to qualified to get into. That's all I have to say on that topic.

Well then. *Corgi trot in place.*

... So my professor has made me officially hate Theatre. I started this course hoping to learn a new appreciation for the art and... I hate it. It's awful. I just want it to end. The writing is terrible and dated... I already know what a protagonist is just... Please. Make it stop. :(

eugh not even 8pm and I am exhausted

There is currently 1 user online.